The world of comics, of the graphic novel, of animation, looks to Calabria. And increasingly chooses it as a location for films based on or inspired by this form of storytelling.
This is the case of Diabolik 3, which sees Calabria as the protagonist: scenes from the new film by Manetti Bros. were filmed in Palmi and on the Island of Dino, concerning, in particular, the character’s childhood story, based on the famous comic strip created by sisters Angela and Luciana Giussani in 1962. A character who entered history, for the innovation of style, of storytelling, and also for the format of the albums, the first paperbacks; imitated, the subject of parodies, and, after Mario Bava’s 1968 film, once again at the centre of a cinematic narrative, with the Manetti trilogy.
A region, Calabria, that seems to be an ideal place to host a set – or rather, to become the protagonist and, in some cases, the very source of inspiration – of films born from a comic strip or graphic novel. Claudio Santamaria’s directorial debut in 2017, for example, was inspired by a graphic novel. Based on the work by Swiss author Thomas Ott, The Millionairs is a story with atmospheres and lights that seem to echo those of the graphic novel from which it was inspired, following the story of a few characters (in the cast, Sabrina Impacciatore and Peppe Servillo) and a mysterious briefcase. And contributing to this atmosphere is the Pollino area, between Calabria and Basilicata, chosen by Santamaria for his debut. A debut that saw the support, in production, of Gabriele Mainetti: it was precisely the director of Lo chiamavano Jeeg Robot who thought of Calabria as the location for his second film. Indeed, more than a location or a set: Calabria, the Sila landscapes, become the protagonists of a part of Freaks out, together with that historic, steam-powered train that fascinated Mainetti. All this, to reconstruct a world that, although not directly coming from the comic book genre, is actually inspired by that iconography, that magic, that skilful mix of reality and dream. And among the protagonists of Freaks out is one of Calabria’s best-known actors, directors and playwrights: Max Mazzotta who, in 2012, directing Fiabeschi torna a casa, transports the character created by Andrea Pazienza – thus, between story and comic strip -, whom he had already played in Paz, back to his homeland. Yet another mix of reality and dream, aspects that characterise another area of Calabria. We move further south, to the Ionian coast of Reggio Calabria, to a village that lends itself well to evoking fascinating atmospheres. We are talking about Pentedattilo, which, in 2007, was the unusual protagonist of a video clip based on animation. A very unusual video, as out of the box and innovative has always been the author of the song: Adriano Celentano, with his unmistakable voice and the song Fiori. Through 3D images (such as the virtual sets that integrate with the real ones filmed in the village) and animations created using the motion capture technique, it tells of an alien who goes towards the moon, taking a flower with him: a quest for rebirth, like the flowers that are reborn on stone and fill the world with beauty once again. That stone drawn and re-emerging from the video, like the unchanging charm of Pentedattilo. 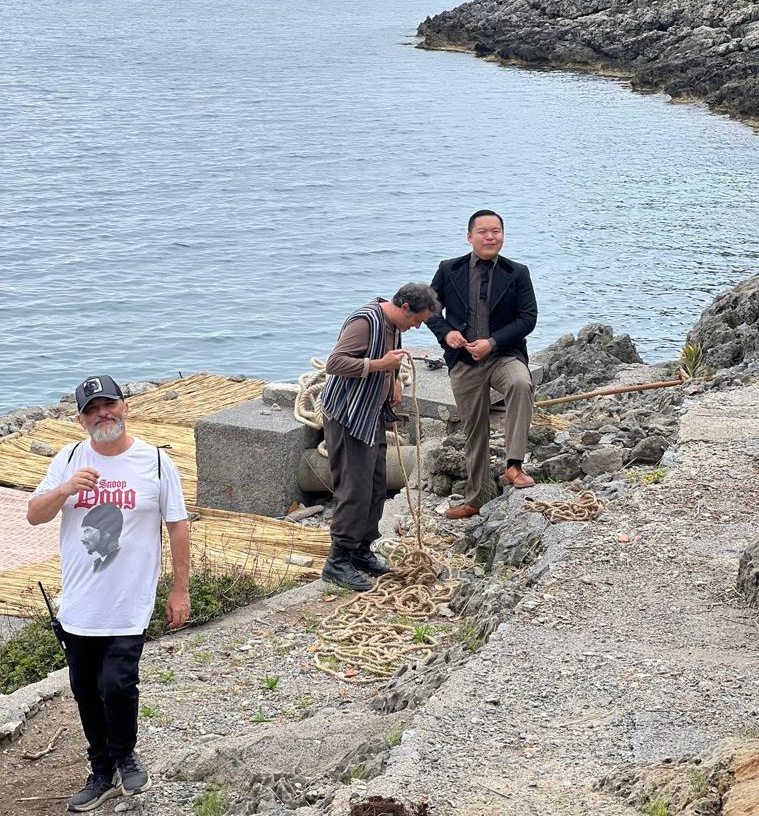